As this country at the heart of China’s Belt & Road initiative undergoes political modernization, and issues its first ever Eurobond – hot on the heels of its inaugural sovereign credit rating – there are high hopes that strong economic growth and a structural reform program will be a springboard for industries ranging from oil & gas to agriculture, banking and tourism. We spoke to Sturgeon Capital, who have been investing in Central Asia for 12 years.

Sturgeon Capital is an award-winning investment manager focused on the Silk Road region with more than a decade of experience in investing in Central Asia and the Caucasus. Sturgeon has been invested in Uzbekistan for over 8 years, and travels to the country several times a year. Their latest trip, in February 2018, had fourteen participants ranging from frontier market fund of fund managers to private investors and financial journalists – a record number. The reasons for such interest are not hard to find. “The transition to an open market economy is similar to Eastern Europe in the 1990s in the opportunity it presents for early stage investors” says Sturgeon Capital founder and CIO, Clemente Capello.

On February 13th, 2019, Uzbekistan raised $1 billion in its first Eurobond offering. Bloomberg reported the yield as being 4.75% on the five-year USD bond and 5.375% on the ten-year USD bond, a spread of 2.16% and 2.669% over the respective US government bond maturities.

In December 2018, the country obtained its first sovereign credit rating, three rungs below investment grade at BB- with a stable outlook from both Fitch and S&P Global Ratings, with Moody’s issuing a rating of B1 ahead of the recent offering.

Uzbekistan’s 32 million people make it Central Asia’s most populous country, with a median age of 26 and nearly 50% of the population under 25. The population is growing at about 1% per year, and GDP growth is forecast to accelerate from 4.5% to 6% in the medium term. “Historically, figures as high as 8% were reported, but with economic statistics reporting recently brought in line with international standards as part of the reform program, the current figures present a more accurate picture of GDP growth” says Robin Butler, analyst at Sturgeon Capital.

Though the current account has slipped into a small deficit, the external balance is relatively strong. Thanks partly to exports of gold, cotton and textiles, FX reserves of around $28 billion cover roughly 20 months of imports. As part of their recent investor trip, Sturgeon visited SAG, the fourth largest carpet manufacturer in the world producing 5-6,000 carpets a day at their state-of-the-art factory in Samarkand. “Uzbekistan’s gas reserves are second only to Turkmenistan in Central Asia, and are higher than those of Kuwait, Norway or Libya” notes Cappello.

Public debt at 25% of GDP – and a small fiscal deficit – also compare well with most emerging and frontier markets.

The currency devaluation of 50% in September 2017 in reality aligned the official exchange rate with the unofficial market one, and paved the way for a managed float. The rate has been stable since then.

“Short term interest rates were raised to 16% in September 2018 to combat rising inflation. The inflationary pressures of the currency devaluation and loosening of monetary policy, as well as the liberalization of prices for many basic goods and services, such as utilities, can keep inflation in the mid-teens in the immediate short-term. However, the IMF forecasts that this will drop to single digits by 2021 as one-time shocks work through the system” says Cappello.

The banking system, particularly state-owned banks, is thought to have high non-performing corporate loans, often made to state-owned enterprises. The government is very much alert to the risks these pose, and intervened to shore up banks that were hit by currency devaluation. Retail lending on the other hand is in its infancy.

In December 2016, newly elected president Shavkat Mirziyoyev came to power acknowledging the need to transition from a centrally planned post-Soviet economy to a market-oriented economy driven by the private sector. The man he replaced, Islam Karimov, had ruled Uzbekistan since 1989 till his death in September 2016. “It is time to end the period when people worked for the government. Instead, the government must start working for the people” said Mirziyoyev, shortly after coming to power.

The IMF has welcomed moves to a more open market economy, including reforms of public services, increased judicial independence, educational development, and tax system reforms, where online payments should make for a more orderly system. There is also a major anti-corruption drive, with reports of governors fired on the spot for soliciting bribes.

The government has made a concerted effort to reduce the practice of forced labour in the cotton industry. This – an important topic for ESG investors – has been nearly eliminated, according to a United Nations report (though some non-governmental organisations, such as the Uzbek-German Human Rights Forum, and the Cotton Campaign, claim that there is still some forced labour).

Uzbekistan is steadily climbing up the rankings for the World Bank’s Ease of doing business report, from 154 to 76, and the government has set the target of reaching the top 20 by 2022. “A reverse brain-drain has begun, with the successful Uzbek diaspora answering the President’s call to return to Uzbekistan to help both with the government reforms and to start businesses” says Capello.

“Foreign relations with its neighbours, which include all the Stan’s countries, are being improved and Uzbekistan – which has not joined the Russia-centric Eurasian Economic Union – has a balanced perspective, forging ties globally, with the US, Europe, Russia and China” says Cappello. “As part of Uzbekistan’s reengagement with the world, Mirziyoyev has been busy, visiting 16 countries in 2017 including Russia, China, the United States and South Korea, 12 countries in 2018, including France and India, and has state visits planned for 2019 to Germany, Belgium, the EU and Switzerland” adds Butler.

Tourism has historically been very low, despite there being six UNESCO World Heritage sites, but numbers roughly doubled to over 5 million visitors in 2018. Ending the previous Soviet-style visa and accommodation restrictions should boost numbers; as of January 2019, visa-free travel has been extended to a further 45 countries, including the UK, many European countries, Australia, and Canada, while the country has introduced a simplified e-visa system for other visitors. 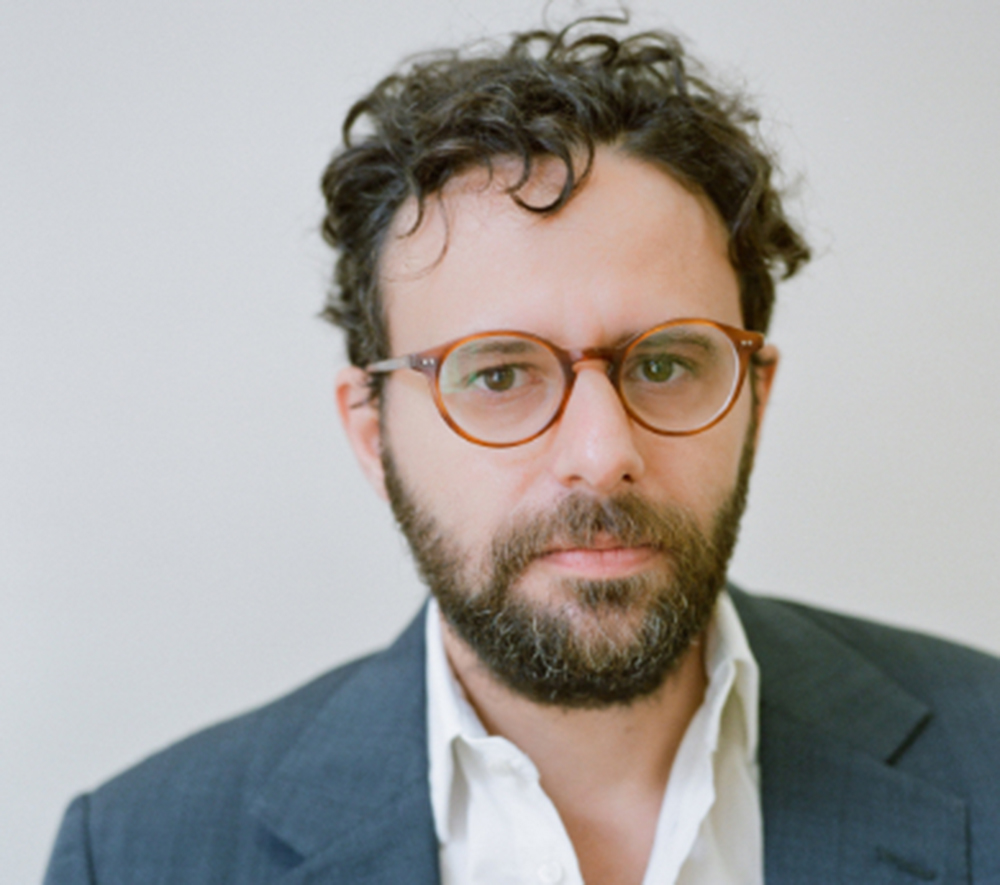 In November 2017 the EBRD re-opened its office in Tashkent and approved four loans worth US$125 million, the bank’s first financing in the country since 2010. In October 2018 the EBRD signed agreements on projects in the heat, water supply and energy spheres totalling about 500 million euros. The World Bank committed nearly US$450 million to projects in Uzbekistan in 2017, including a US$42.2 million loan for the modernization of higher education.

Recently announced is a state-owned private equity fund with capital of up to $1.1 bn. This Uzbek-Emirati investment company, a joint venture 75% owned by the Abu Dhabi Development Fund, and 25% by Uzbek Fund of Reconstruction and Development, follows in the path of UzOman Capital, a similar joint venture with Omani government, which has invested $200 million in private equity in Uzbekistan over the past 8 years.

Uzbekistan recently signed agreements with Germany worth $4 billion. On February 14th, Ingrid Tersman, Ambassador Extraordinary and Plenipotentiary of the Kingdom of Sweden to Uzbekistan led a delegation of the Swedish Trading and Investment Council, “Business Sweden”, including the heads of ABB Safegate, Scania and Ericsson. And at the end of February a delegation of more than 80 British businessmen took part in the Uzbek British Trade and Industry Council event in Tashkent, jointly organised by the UK and Uzbek Embassies.

For investors, the investment program for 2019 includes around 3,000 projects worth $16.6 billion, in all areas of the economy. As many as 50 SOEs may be privatized over the next few years, in sectors such as metals and mining, and textiles.

These large-scale projects are not where Sturgeon Capital is foraging for value however. “We are more focused on demographics, local consumption stories, changing consumption patterns, and financial technology, and smaller banks”, says Cappello. Sturgeon has invested in leading local brokerage and investment bank Orient Securities, and has recruited a team on the ground to identify potential investment opportunities.

“Uzbekistan’s GDP per capita is one quarter of neighbouring Kazakhstan’s, and the ongoing reforms should bring it much closer to its neighbours’ level of $9,000 in the near future” says Cappello.

Georgia is to some extent seen as a role model for Uzbekistan. At the time of the Rose Revolution in 2003, its GDP per capita was below $1,000. The market-driven reforms that were implemented then have led this to quadruple to over $4,000 in 2018, and seen Georgia rise to number 7 on the World Bank’s Ease of Doing Business scale, above the UK, US and many other developed countries.

One sector which Sturgeon expects to benefit in particular from the reforms are the banks. “Currently dominated by the major state banks, which have over 80% market share by almost all measures, there is limited access to credit for the majority of the population. Tax and currency reforms will drive money from the cash economy into the banks, increasing deposits and the ability of banks to lend to retail clients” foresees Cappello.

Within this there is huge potential for smaller private banks to rapidly gain market share. “We believe that these private banks will technologically leapfrog the incumbent state banks, taking inspiration from the successful examples in Georgia and Tinkoff in Russia to deliver dynamic and highly profitable fintech offerings” says Capello.

The local Tashkent stock-market has about 200 listings, with an investor base of some 600-800,000 shareholders. However, the majority of these are not active, the result of a privatisation program in the 1990s. While some emerging and frontier markets such as India or Egypt have stock-markets that are over 100 years old, the Tashkent market was founded in 1994. Though trading volumes grew by multiples in 2018, this was from a very low base. “Liquidity is limited, so the buying and selling of stocks can seem more like a private equity transaction, trading by appointment in blocks” says Cappello.

In the future there might be some larger Uzbek companies which list in London. Georgia for instance now has four companies listed on the London market, including Bank of Georgia and TBC Bank with premium listings, as well as Georgia Capital and Georgia Healthcare. Kazakhstan has 11 LSE listings with a market cap of over $11 billion, while Kazakh issuers have raised over $34.5 billion of debt in London.

“For now, Sturgeon will focus on private equity opportunities to invest in best-in-class companies with high quality management across all sectors that can take advantage of the country’s economic development” says Cappello. Sturgeon is currently seeking to do an IPO for a closed end fund on the Specialised Fund Segment of the London Stock Exchange. “The key to this is accessibility: there is currently no internationally traded security we are aware of which gives investors direct exposure to Uzbek companies” says Cappello.

“As investors look for above average returns in an increasingly uncertain global economy, Uzbekistan presents a unique opportunity to invest at the very beginning of a growth cycle. The advantage of Uzbekistan still being off the beaten track with so little foreign capital invested in the country is that it should continue to show low correlation to global financial markets” says Cappello. The government has spent political capital and shown continued political will to implement these reforms, and the success of the recent bond offering suggests international investors believe it can deliver.